Your Tensional Headache, Neck and/or Jaw (TMJ) stiffness starts in your guts. 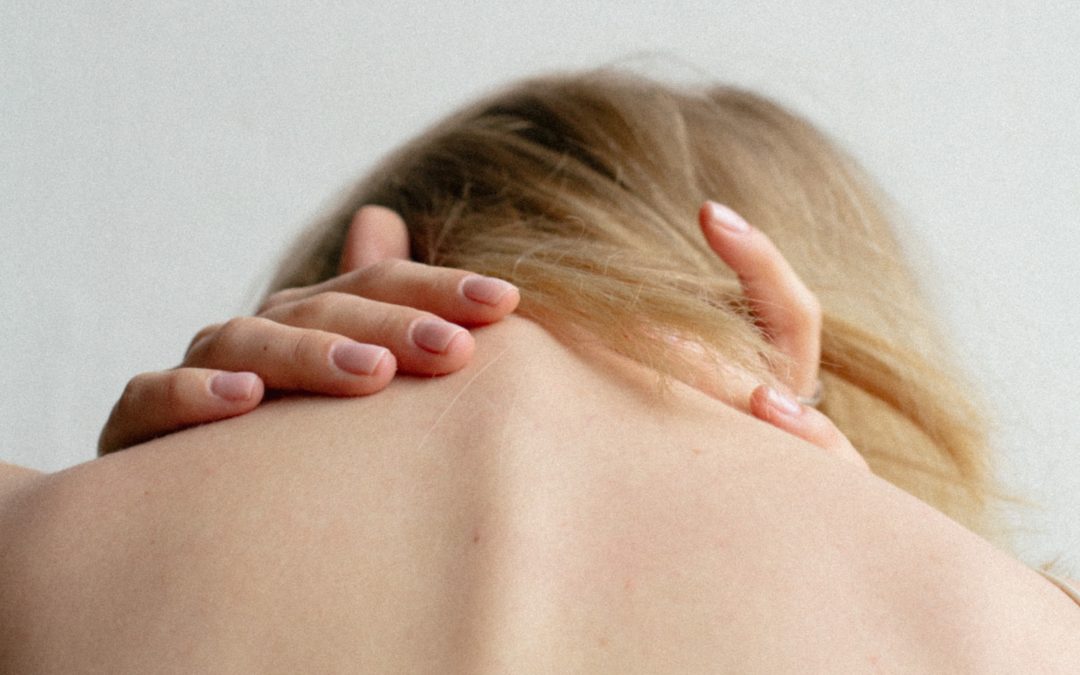 Learn how to prevent it to happen and how to treat it, all by yourself.

We women go through life under a constant flow of hormonal changes that demand a lot of energy from our Liver. Needless to say, stress and suppressed emotions also have a massive impact on the health of this powerful organ.

In Chinese medicine we refer to this condition as “Liver Exhaustion or Deficiency”, which manifests as a stagnation of Chi flow in all parts of the body, but particularly in the upper section of the Shao Yang Mai (Gallbladder acupuncture meridian) which runs through the shoulder blades, shoulders, neck, jaw and virtually the entire head. In some cases, this blockage also occurs in the fascia of the lateral aspect of one or both legs (lower segment of the same Gallbladder channel).

What are the symptoms

This imbalance greatly affects the body’s blood and interstitial fluid supply causing systemic symptoms such as: generalised stiffness and rigidity in specific areas (mentioned above), fatigue, headaches and, in more severe cases, dizziness and migraines.

Some women may also experience these symptoms accompanied by nausea. This is because such a pattern also affects the flow of Chi in the Yang Ming Mai (acupuncture channel of the Stomach) which becomes unable to do its job in assisting the downward flow of digestion, which instead rebels and rises causing nausea

This pattern is far more common among women than most people might imagine.

In my more 28 years as a holistic physiotherapist, I have dealt with countless cases of women with the same imbalance.

How it affects women according to age group

Teenage girls often experience these symptoms after menstruation…. as this is the time of the month when the young woman has just lost a little more of her vital essence and the dryness of her muscles and tendon fibres will feel like rope. Living in this model that we have created, in which the biological rhythms of the body are not respected, many of them, even going through this  are forced to attend a long day of mental effort or physical education classes, or any sport activity… and often that is when they call me… for rescue….when they are already at the extreme of exhaustion, back and neck stiffness with head ache.

Women between 25 and 45 usually have this pattern after menstruation as well, but it can also occur during the month, and from what I have observed, it can happen just during one of the abrupt changes in the hormonal phases of a monthly menstrual cycle.

Women who already enter pre-menopause or are already in menopause have these symptoms even more often, because there is even less Yin essence circulating in the body.

What they all have in common is that stress: physical, emotional and mental, greatly increases the occurrence and intensity of this pattern.

On clinical observation it can be noticed: pale face, lips and tongue, blurred vision, sharp pain on palpation and in some cases even spontaneously, in the Ganshu, Shu point of the back.

Many conservative physiotherapists, who do not have a bioenergetic vision of the body but only a physical-therapeutic one, would classify this pain as dorsalgia but in reality, it is the Liver is showing signs of great imbalance right at its alarm point. Such professionals when dealing with this pattern, would stretch their patients cervical area, increasing the problem even more since there is no basal supply in these muscle fibres to be stretched.

The lack of vital juice ( vital force ) in this treasure chest/organ (Liver), which in its normal state hoards the Yin essence, will not only ¨ scream¨   at this point, but will also manifest its imbalance on the operational functionality of its partner meridian, the Shao Yang Mai (Gallbladder meridian).

Thus, some crucial points of such a channel, like Jian Jing and Feng Chi, will have closed the supply of Chi and blood to the Tendinomuscular Meridians (TMM) of shoulders, neck and head, forming a kind of helmet, which presses on the whole skull, producing in many cases not only stiff neck and/or rigidity of TMJ, but often headaches and even migraines .

One needs vital energy to live… circulating and abundant to be able to connect and engage with life….

Modern medicine offers us many options that chemically, mechanically and artificially control the body that is not being able to do its job on its own.  When dealing with this pattern, modern medicine only treats  the symptoms and not the systemic imbalance that is occurring in the body. They only prescribe drugs that numb the nerve endings so that the person continues to function ¨efficiently¨.

Ancient Chinese medicine, based on Yang Shen, the Cultivation of Life, treats the imbalance that is causing all of these. It gives tools to eliminate the tensional headache by first strengthening the liver so that it can stimulate its ¨ vital juice¨   (Chi and blood) and thus irrigate and nourish the fibres bathed by the Shao Yang Mai. Only this way, the stiff neck, the tight helmet and the tense bite can be undone.

We must to be grateful that we are living in an era we can be smart, in how we use both medicines for specific conditions.

Through a clear and intelligent sequence of self-massage and specific internal movements, easily incorporated into daily routine, this online course teaches step-by-step how to release all the tension that weakens  women’s energy and health, thus rebuilding their vital fluids to reconnect and re-engage with life.

“Since I was very young I have had migraines every month. On the recommendation of a friend, I contacted Aline and with her I started a routine of IGung exercises from bed as well as a self-massage routine, on specific acupuncture points, which she also taught me. Now I am delighted because for several weeks now I have not had any more episodes of pain and I notice a considerable improvement in every way. Aline is a very kind and gentle person, she explains very well what she wants to achieve with each movement and makes you feel very comfortable. I am really very happy with the result”.

¨I suffer from neck and jaw stiffness and after the Liver Detox self massage workshop with Aline, I had a radiant day. I felt more energised and flexible than I have felt for years and I have shed 2kg in one week. I am really happy! ¨